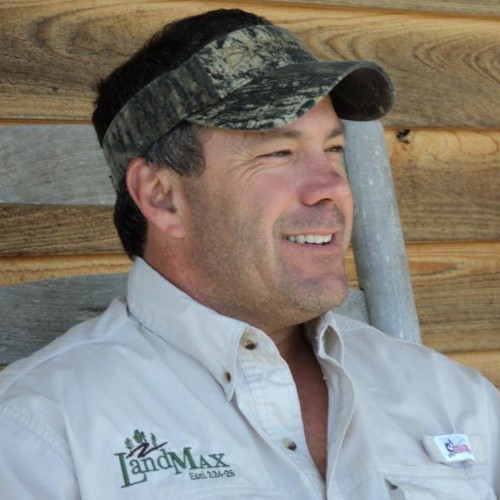 Blair Marble, a life-long resident of Terry, MS, has made an impressive name for himself in the “Land” business. Blair, a 1984 graduate of McClure Academy, continued his higher education at Mississippi State University. His passion for the great outdoors, hunting and wildlife in general assisted him in his decision to obtain his Bachelor of Science degree in Animal Science, which has served him well in his family-owned cattle operation. Blair was an avid bull rider, winning many local and regional awards, until a serious injury caused him to hang up his spurs in 1992.

An entrepreneur at heart, Blair branched out after college to construct, open, operate and manage his own steakhouse in Byram, MS, called Crazy Eight in the early 1990’s. It was during this venture that several of his personal and professional mentors encouraged him to begin researching a career in real

estate, specializing in farm and hunting land. As the 3rd generation owner of the expansive Double B Ranch located just south of Terry MS, this was an area that Blair knew very well. In 2002, Blair launched his real estate career and has never looked back.

Blair specializes in both hunting and farming land sales. His knowledge of the industry as well as intricately constructed professional network makes him a valuable asset to the LandMAX team and to buyers and sellers of real estate across Mississippi and Louisiana.

It has been our utmost pleasure to work with Blair Marble. From the first time we met him we knew that he was an honest, dependable and loyal person. As a realtor he has shown to be fair to his customers whether they are the buyer or seller. He has always gone the extra mile to make real-estate deals workout for his customers. Such as long four-wheeler rides in freezing temps, driving a couple hundred miles to meet with a client to discuss details. He has an incredible wealth of knowledge concerning people and real-estate. When we met him years ago we considered him a dear friend and we still believe that today after all this time. – Michelle and Ben Hudson

Blair Marble of LandMAX Properties has served as my real estate agent for both buying and selling land and hunting properties. Blair has done an outstanding job for us. He has a great network of contacts and he works hard for his customers. Blair understands the intrinsic value of a piece of property and is able to relay that to the buyer. – Gary Blakeney